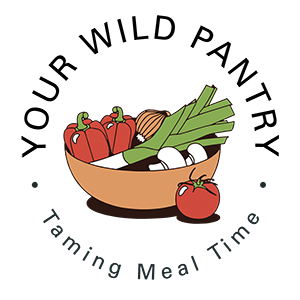 What the heck are we going to do with all of this extra food in the pantry, freezer, and refrigerator?

Posted at 10:52h in Health by heidimag 0 Comments
0 Likes

BBQ means many things to many people. But in my book, pork is king.  And this ridiculously simple Shredded Crock Pot Pork is the best you’ll ever have–and the easiest, too!  Bring on the crock pot and pork, and bring on a BBQ feast!

I have the cutest little cousin (OK, she’s not little anymore. She’s actually a married woman now).  I was fortunate to nanny for her and her two older brothers for two summers during college.  She was just a baby back then, and unfortunately for her, she knows she will always be a little kiddo in my eyes (sorry, Kendall!).  But as she grew, she developed into this fun, funny, and phenomenal person to hang out with.

One summer after she graduated from high school, I flew her and my nephew out to Texas for a visit as their graduation gifts (I didn’t forget about you, Michael!).  We toured around San Antonio, floated down the Guadalupe River, ate lots of Mexican & Tex-Mex food, and just had a great time.  Of all the fun things we did, it’s weird that the one thing that keeps coming back to me is that to Kendall, everything we did/saw/ate was “the best thing EVER!!!!”  It became a little joke with the four of us that continues to this day.

We all do that though, don’t we?  We exaggerate things that we really like, or really don’t like.  For instance, when I say that that person at the grocery store was the rudest person EVER, I certainly don’t know that that is actually true. They just pissed me off!  Or when I say that our vacation was the best EVER, I mean of course that it was the best at that time, for the two of us, because it was a change of pace from everyday life.  We enjoyed it immensely, but was it the best EVER?  Depends on who you ask, or even which one of us you ask on which particular day.

Recipes are the same thing.  On certain days, a meal can be very tasty, fill your belly, and send you away from the table happy.  But maybe at that moment, not the best thing you EVER ate.  However, on a different day, with different people around the table, during different weather even, the same meal can turn into something memorable for reasons that are intangible.

Either way, for me this particular dish was the Best Crock Pot Shredded Pork EVER because:

Hence, in this particular case and place in time, this really was the Best Crock Pot Shredded Pork EVER.  Don’t believe me?  I’m not worried.  Try it on more than one occasion, and see what you think.  It may not be the best you’ve had on that day, but you’ll still be happier than you’ve EVER been when you put this easy and comforting dish on the table for those you love.

Sorry, the comment form is closed at this time.